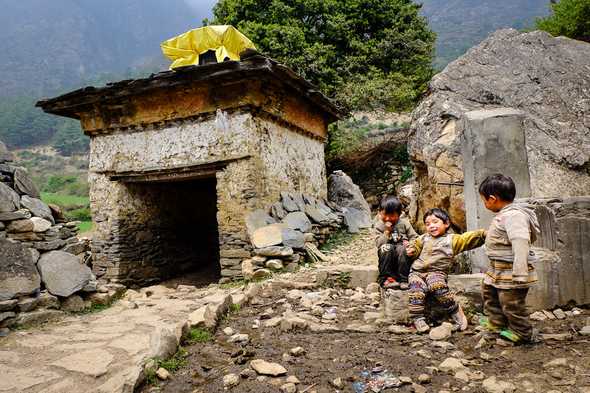 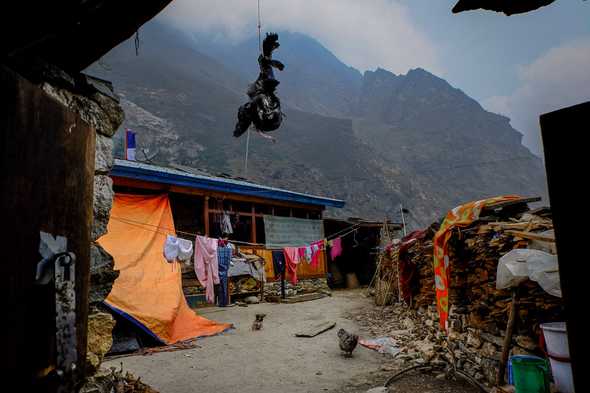 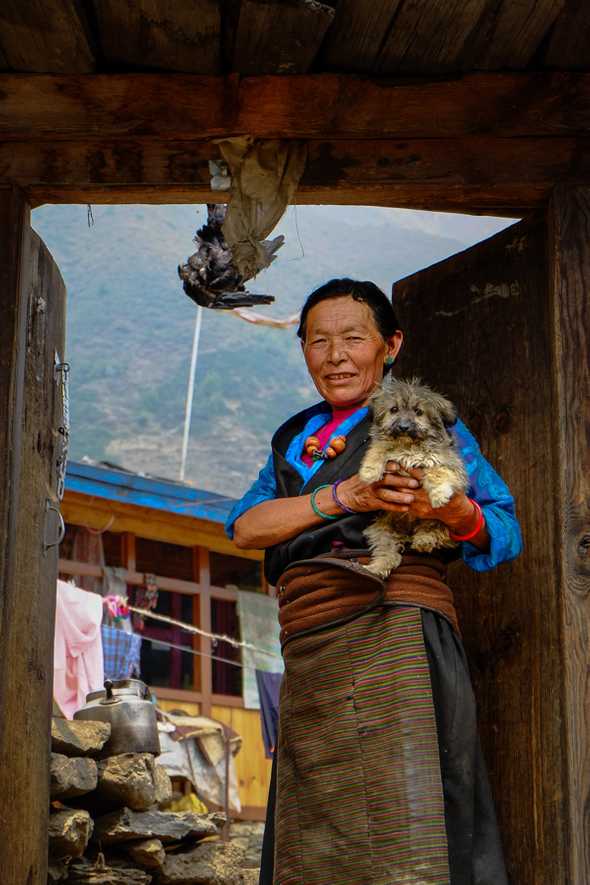 For the local people the repertoire of attractions is even smaller in Tsum Valley. Sometimes a group of tourists will pass, leaving some money. However, the chances they’ll stay in your particular hotel or restaurant are pretty slim, as the competition grows every year. Apart from that a few times a year there’s the yak caravan that goes to the Chinese border to buy stuff cheaper than can be imported from lower parts of Nepal. 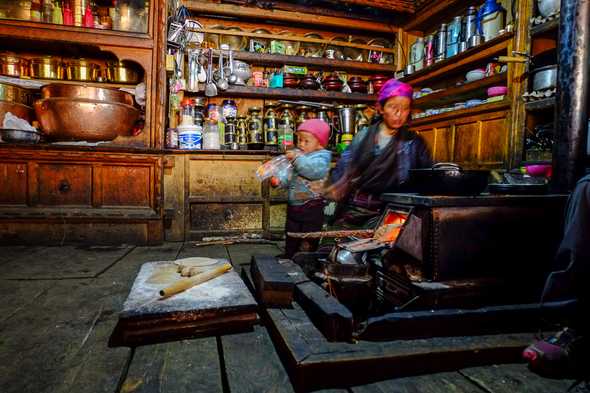 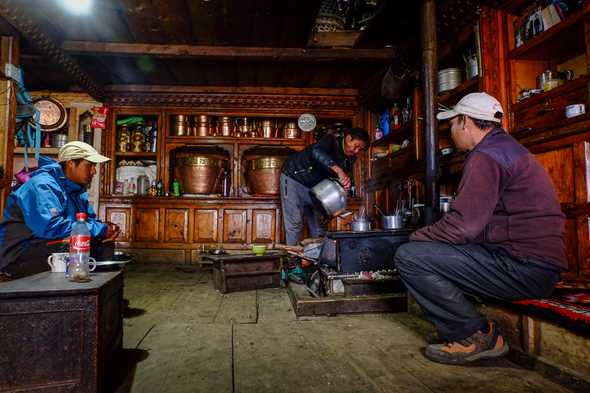 When you stop in the evening to rest, you’ll have a feeling of deja vu. All the kitchens look the same, most of the buildings as well. There’s a main living room / kitchen / host bedroom where you sit on the beds in the evening to eat your rice-based supper.

And there’s the trekker anex, where you get a freshly build (it’s crazy how many new lodges poped up last year) house with rows of small rooms that only fit two beds and a little space on the floor to put down your backpack. They’re divided from one another by really thin piece of wood, or just a thicker cardboard.

All of them being the same give an impression of some construction guild that is issuing blueprints that everybody needs to follow. 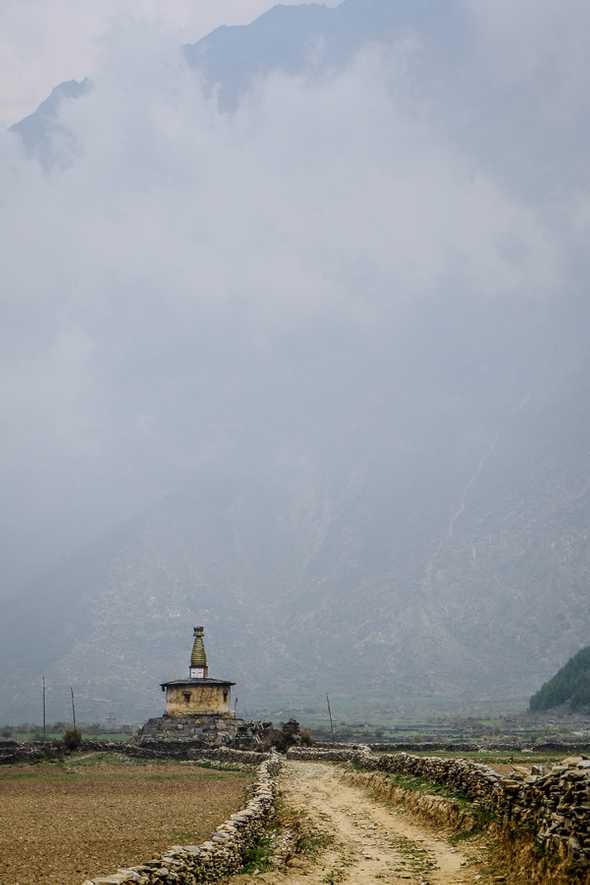 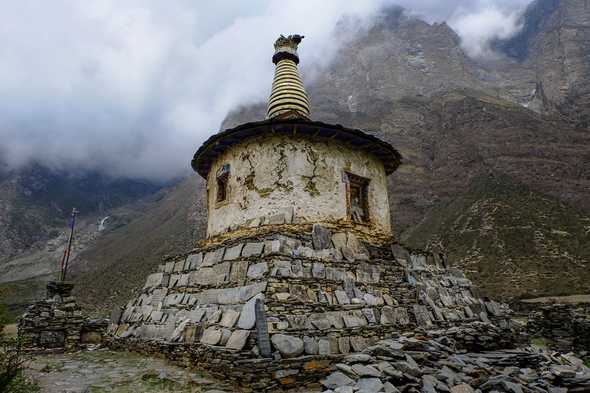 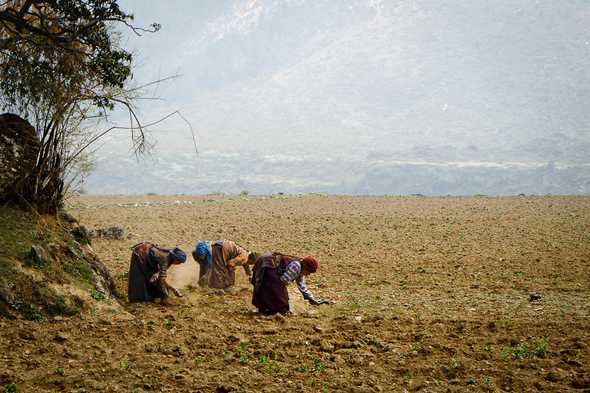 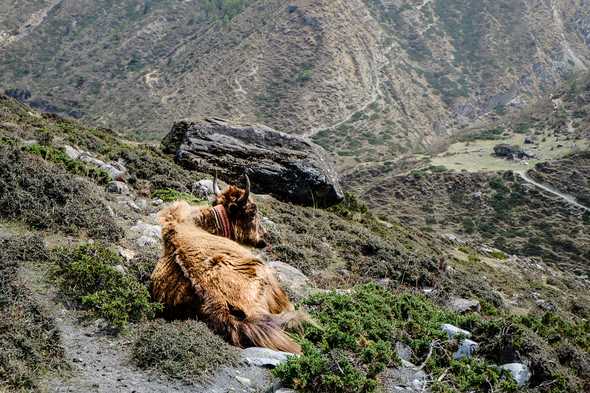 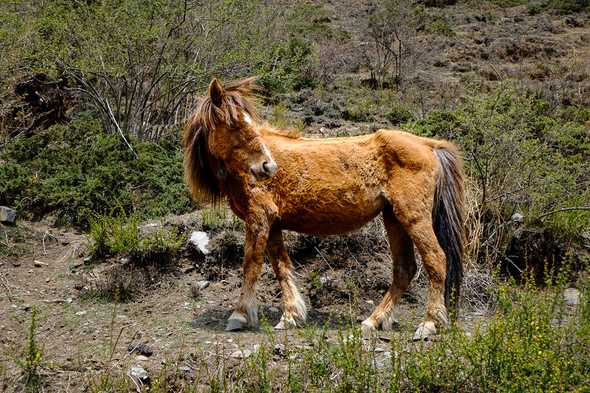 When you’re walking along the valley on its flat plateau (that is jokingly called Nepali Holland by some of the guides) the sights are also similar. You pass small settlements with houses surrounded by chopped wood, a few porters with wooden racks on their backs, maybe a few yaks, or somebody hurrying somewhere on a horse. Just as you climb higher and further into the valley you notice how the yaks are getting bigger and hairier, to be better prepared for harsher climate.

If you’re lucky, you might see a caravan of yaks that from time to time goes up to the pass on the border with Tibet. It’s easier for the local people to go two days up the pass to trade then it would be for them to spend more than a week walking down to the nearest road that connects them to central Nepal. This makes the Chinese merchandise much more accessible.

You might also try to go up to the higher passes yourself, to get a glimpse of Tibet. However, you should watch out for the local police who doesn’t like when people do that. In the past there had been “incidents” of trekkers leaving “Free Tibet” flags at the border, which apparently makes the Chinese so furious that they threaten to close the border there. That would mean no more cheap goods from China, prices for everything would go up instantly.

So it’s not surprising that even though your Tsum Valley permit allows you to go up till the border, the local policemen with big sticks and an old gun (yes, singular) will try to chase you away back to Mu Gompa. You can try to argue, but: a) you probably don’t have a big enough stick, b) they don’t really speak English. Disappointed, you’ll return back to your cold cell in the monastery. 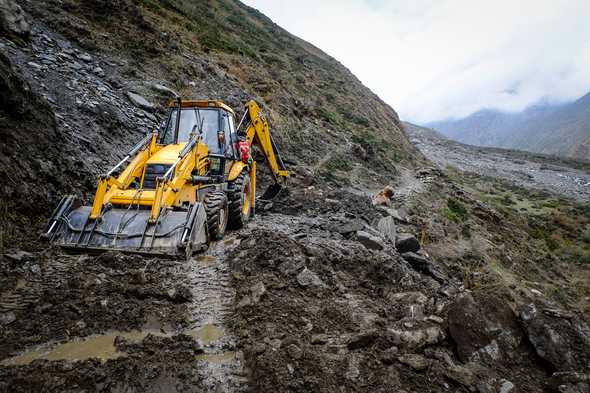 Things look like they’re slowly improving, because the government decided to build a road that leads along Tsum Valley up till the Chinese border. For now they’re taking it easy working only on the plateau in the middle of the valley, with no plans how to handle the long steep climbs that connect Tsum with the rest of Nepal, nor how to get through treacherous rocky traverses that lead towards Tibet. For now it’s just a political gimmick. 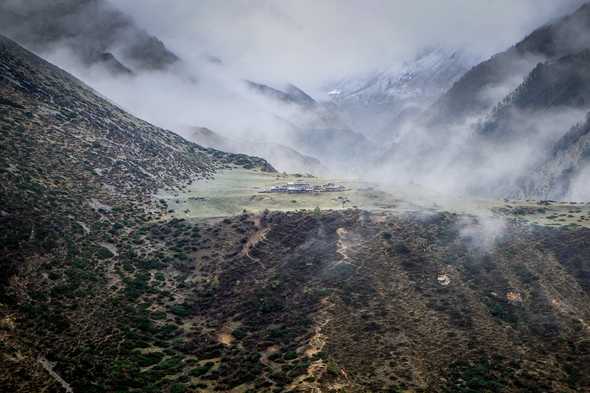