Larkya Pass is the thing all the Manaslu trekkers fear the most. The guides keep the fear going, because it’s part of their business to seem indispensable. The trekkers keep the myths circulating, because they like the feeling of achievement after crossing it. And if they didn’t cross it, obviously it was caused by the sheer difficulty of the endavour. The truth is, it’s just a mountain pass - drink plenty of fluids, take your time to get used to altitude, exercise regularly, and you won’t have any trouble.

However, that doesn’t mean that there’s nothing to fear on the trek. Oh yes, there is. It’s Dharamsala, the latest campsite before crossing the pass. It’s cold - mostly because of the altitude and low amount of effort put into constructing the available shelter. The rooms to sleep in are less than basic - the floor is literally rubble and the only reason they’re not disgustingly dirty is because you can’t see anything, no light enters even in the middle of the day. The toailet doors don’t close and the only running water are two streams passing through the campsite filled with various garbage.

But that’s the only place to stay just before the pass, so nobody cares and nothing changes. At least the views are good. 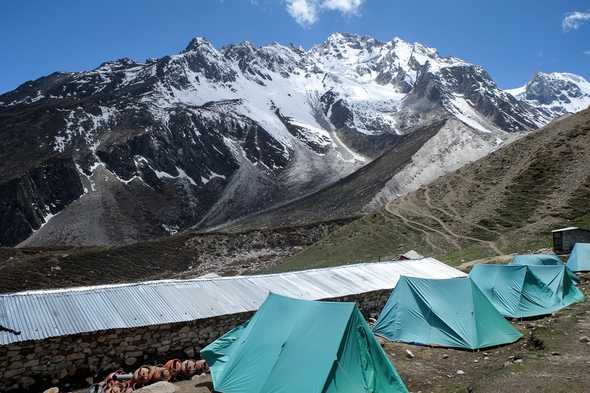 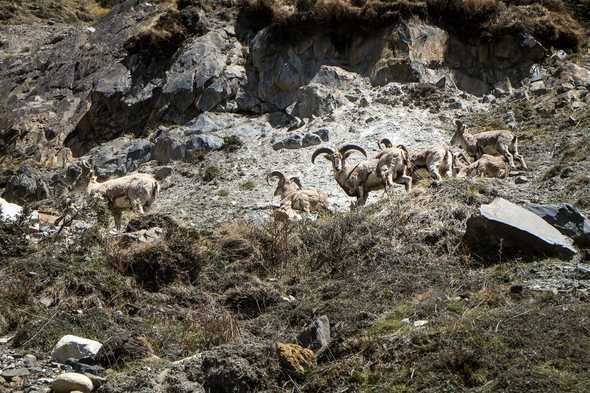 And they get better with every step you take in the direction of Larkya Pass. Granted, in the beginning you won’t see much - most of the trekkers start walking around 5am, when it’s still dark, scared by the countless stories. We chose to “sleep in” and started around 6am. Thanks to it we were able to enjoy the views basically the whole way. 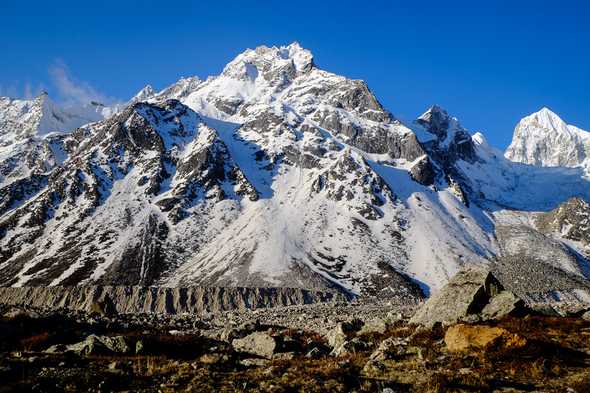 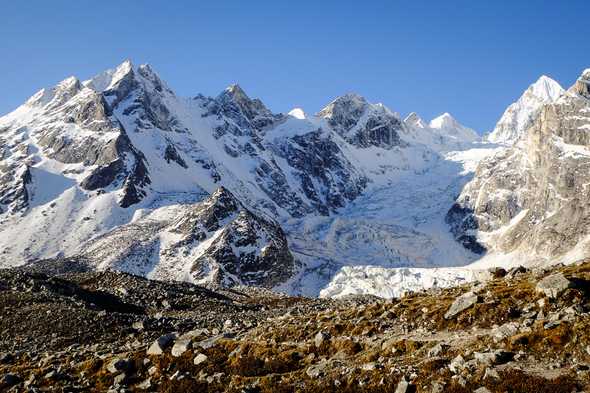 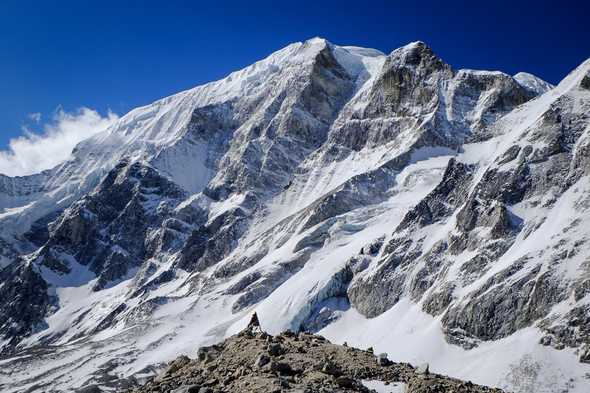 Unsurprisingly, the pass is cold and windy. I’ve spent there somewhere between 15 and 30 minutes taking some promo shots for the best gym in Barcelona and it was time to go to the other side. 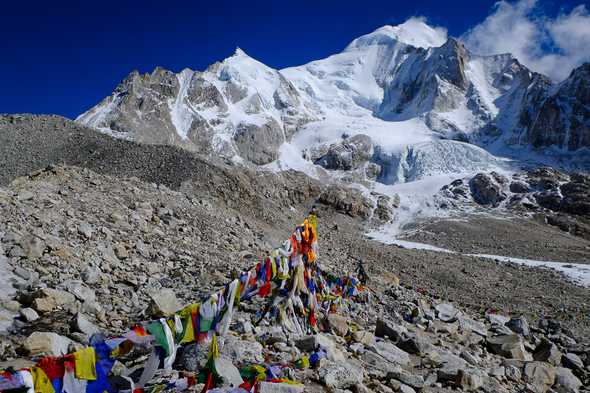 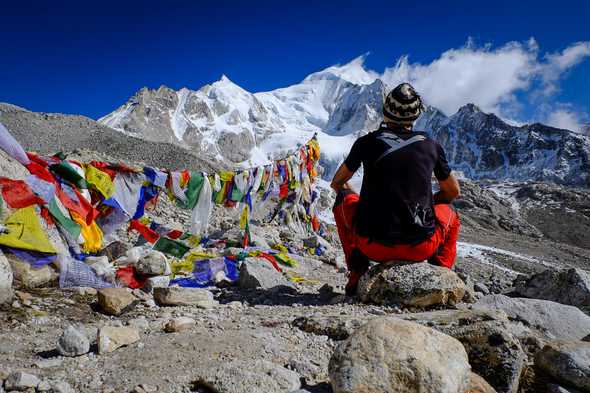 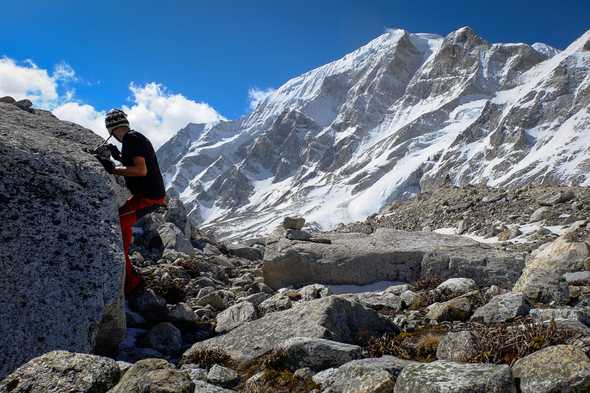 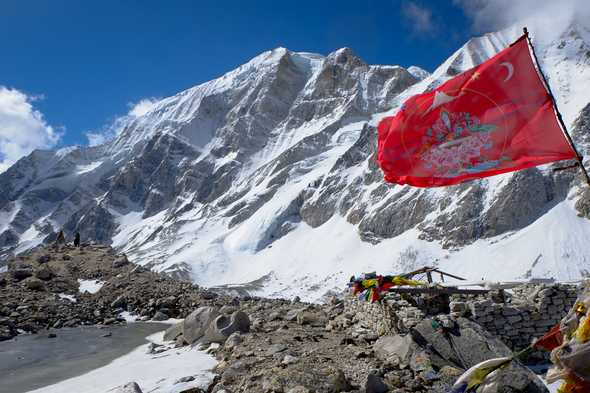 On the other side it felt relaxing. All the tension of the last weeks of hiking wears off, as you know that every step gets you lower, gives your body more breath, the food will be tastier, and the rooms will be nicer (and warmer). You start missing home and feeling like you’re already on the way back. But at the same time you still haven’t showered for the last three days, your body is dizzy from the altitude and you woke up at 5 am to eat some terrible cold porridge prepared in the worst campsite in the radius of 50 kilometers. Funny mix.

However, while you’re going down to Bimtang, a beautifully situated small village with its new colourful guesthouse, you can already feel that all this is about to change. 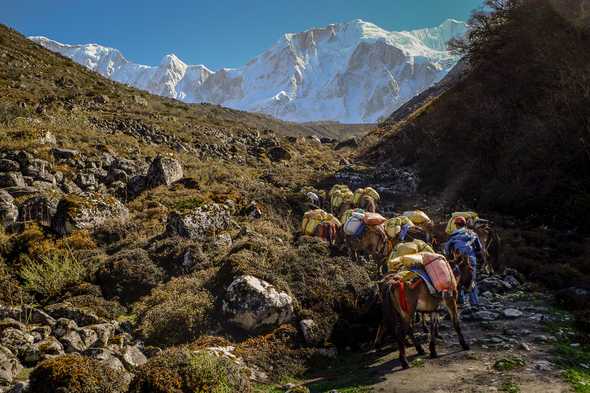 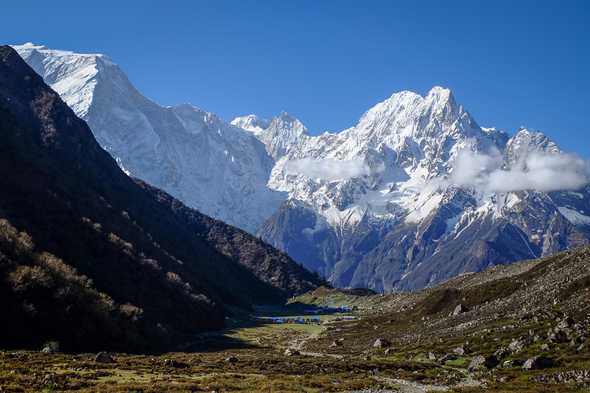 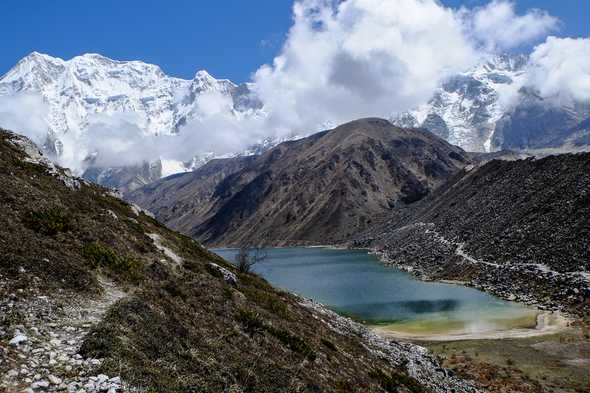 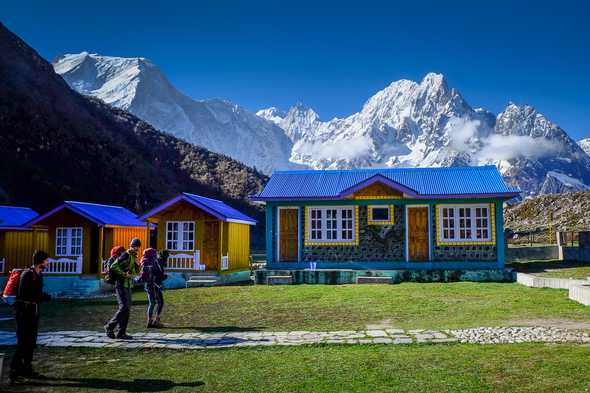 And when you wake up the next morning, after a warm night, great food, and maybe even a hot shower (if you’re willing to go premium), you’ll be treated to a wonderful view in the morning. Sadly, the last great view of the trek. 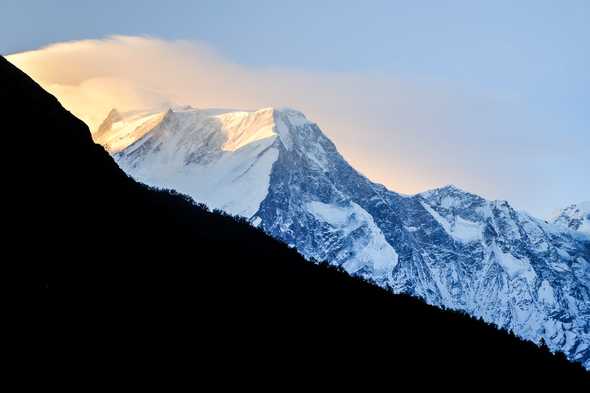